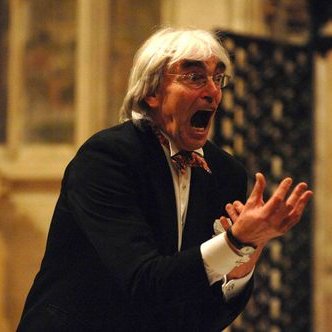 Grenville Hancox is well known for his work as a teacher, performer and conductor, along with his innovative work with the Sidney De Haan Research Centre which he established together with Professor Stephen Clift in Folkestone in 2003.  “Singing should be on prescription,” he says.
Until March 2012 he was Head of Department and Director of Music at Canterbury Christ Church University, having been made the first Professor of Music in Kent in 2000.
As a former Trustee of the Creative Foundation in Folkestone, Grenville has championed engagement in the arts as a means of social regeneration, believing and demonstrating that music should be at the heart of every community.
He was awarded the MBE for services to Music in 2005 and presented with a Civic Award by Canterbury City Council for services to the community through music in 2006.  He has lived in Folkestone since 2016.